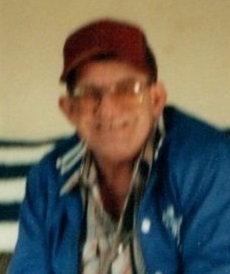 James R. "Chub” Edwards, 74, of Lincoln, formerly of Beason passed away on June 6, 2017.
James was born on December 6, 1942 in Beason, IL, the son of Eugene Hall and Rachel Elizabeth (Zook) Edwards.
James is survived by one brother, Harry David "Bear” (Margaret) Edwards of Lincoln, two sisters: Carolyn Elizabeth (Gary) Schall of Springfield, IL and Marilyn Louise Jackson, two grandchildren, Austin Lee Jones of Lincoln, IL and Megan McGrath of Springfield, IL.
He was preceded in death by his parents, two daughters, Carol Lynn Edwards and Vicki Viola McGrath, and one sister, Mary Catherine Bland.
James was an avid NASCAR Fan, a member of the Beason Sportsman’s Club, the Chestnut Sportsman’s Club, and the Eagles Lodge #2708. He worked for Reckitt/Coleman and Beason Ag Center.
Services for James will be held at 11:00 A.M. Friday, June 9, 2017 at Fricke-Calvert-Schrader Funeral Home in Lincoln, with Ron Otto officiating. Visitation will be held from 9:00-11:00 A.M. prior to services at the funeral home. Burial will take place after the services at Harmony Cemetery in Beason. Memorial donations may be made in James’s name to the Beason Fire Department or Beason Sportsman’s Club.
Read All