The family of former New York Giants safety Tyler Sash announced that representatives from Boston University and the Concussion Legacy Foundation found Chronic Traumatic Encephalopathy (CTE) in his brain and that the disease had advanced to a stage rarely seen in someone that age, per the New York Times. Sash was found dead in his home at the age of 27 on Sept. 8. 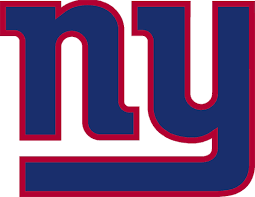 Dr. Ann McKee, chief of neuropathology at the V.A. Boston Healthcare System and a professor of neurology and pathology at the Boston University School of Medicine who conducted the examination, said Tuesday that the severity of the C.T.E. in Sash's brain was about the same as the level found in the brain of the former N.F.L. star Junior Seau, who committed suicide in 2012 at age 43.
Doctors grade C.T.E. on a severity scale from 0 to 4; Sash was at Stage 2. McKee, comparing the results to other athletes who died at a similar age, said she had seen only one case, that of a 25-year-old former college player, with a similar amount of the disease.
Sash's brother, Josh, said that Tyler sustained at least five concussions throughout his 16 years of playing football: two in high school, one in college, and two with the Giants.
Sash's autopsy revealed that he had overdosed on a mixture of methadone and hydrocodone, two extremely powerful painkillers. He'd been battling extreme shoulder pain for quite some time, with the injury having played a role in the end of his career back in 2013. He was prescribed the hydrocodone for the pain while evaluating options for surgery on his shoulder, but his family said that it greatly affected his life and personality. His brother described him as not "quite the same person he used to be," while his mother said "he couldn't focus long enough to do a job."
>>Eli Says Super Bowl Likely Peyton's Last Game
Peyton Manning is busy preparing for Super Bowl 50, so it's going to be a hectic couple of weeks for his brother. Eli won't be busy preparing for another game until next fall, but he'll almost certainly be on hand for what might be Peyton's last game and should be able to give us all some insight into Peyton considering they are, after all, brothers. And that means it's open interview season for the Giants quarterback.
Eli's interviews began early, even before Super Bowl week. On a conference call with reporters Wednesday, Eli revealed that he thinks this might be Peyton's final game, that the result of the game shouldn't impact Peyton's legacy, and that they do not brag to each other about accomplishments (yeah, right).
As for Peyton and if he'll retire after Feb. 7. When the Broncos beat the Patriots this past weekend, he told Bill Belichick on the field that this might be his "last rodeo." And that makes sense, given Manning's coming off his worst season as a pro and seems to have lost the ability to throw downfield darts.
Eli agrees: He thinks this will be it for Peyton but doesn't want this game to change Peyton's legacy.
Eli said, per NFL.com quote-"Honestly, I think there's maybe too much placed on rings and Super Bowl championships just because because it's not one player. The quarterback is not the sole reason that you win a championship, it's the team."
Read All