According to multiple reports, Team USA's Olympic roster is starting to take shape but LeBron James may not be a part of the team.

Like Stephen Curry, Russell Westbrook, James Harden, LaMarcus Aldridge and Chris Paul, James will reportedly will opt for rest and withdraw his name from consideration from the USA Basketball player pool. 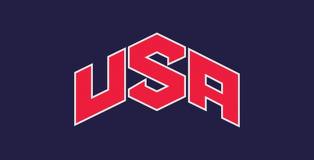 James has already played in three Olympics and won two Gold medals, and after winning the title for Cleveland, skipping out on Rio seems perfectly reasonable. Also, James just completed yet another lengthy NBA season and can use the summer to recuperate and recover, instead of adding extra miles on his legs by playing in the Olympics.

Despite James and other superstars like Curry not participating in this summer's Olympics, Team USA will still have plenty of talent. According to ESPN's Marc Stein, Kevin Durant, Kyrie Irving, Klay Thompson and Paul George are "locks" to be on the team.

The Undefeated's Marc Spears also reports that Warriors All-Star Draymond Green has already accepted an invitation to join Team USA, which means that there are still six or seven roster spots left. Others who will likely make the final cut are Kawhi Leonard, Jimmy Butler and perhaps Damian Lillard and Andre Drummond. But we won't know for sure until Team USA announces their official roster for their 2016 Olympic team at the end of June.