Chris Sale of the Chicago White Sox will start for the American League in Tuesday night's All-Star Game and Johnny Cueto of the San Francisco Giants for the National League. 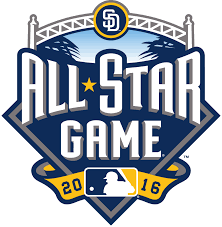 Cueto, a 30-year-old right-hander who left Kansas City to sign with the Giants last offseason, tops NL pitchers in victories. He is 13-1 with a 2.47 ERA, striking out 115 in 131 1/3 innings. He has won 10 consecutive decisions since an April 21 loss to Arizona.

The Chicago White Sox pitcher, who leads the major leagues with 14 wins, was picked to start Tuesday night's game at Petco Park.

He says "I chewed tobacco from 2007 until the day he passed away. I remember seeing that, and just being so shocked."

Sale says "I quit that day, and I haven't touched it since," adding "I owe him a huge thank you for not only myself but for my family."