Jameis Winston threw for 312 yards and two touchdowns to lead the Tampa Bay Buccaneers to a 36-10 victory over the mistake-prone Chicago Bears on Sunday.
Winston threw for TDs of 10 yards to Cameron Brate and 43 yards to Freddie Martino, the latter set up by a bizarre highlight-reel play that saw the No. 1 pick in last year's draft scramble 23 yards backward into his own end zone before avoiding a safety and launching a 39-yard completion to Mike Evans at the Chicago 38. 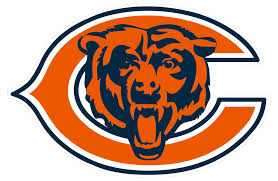 Martino, a former practice squad player with two career receptions, scored his first NFL touchdown after a delay penalty pushed the Bucs (4-5) back to the 43.
Two weeks after returning from injury and helping the Bears (2-7) beat NFC North leader Minnesota, Jay Cutler threw two interceptions and fumbled twice, one resulting in a third-quarter safety that put the Bucs up 29-10.
The Bucs forced four turnovers overall and sacked Cutler four times.
The Bears scored on Cameron Meredith's 50-yard TD reception on the final play of the first half. Cutler finished 16 of 30 for 182 yards, and Tampa Bay's Chris Conte returned a first-quarter interception 20 yards to give the Bucs a 7-0 lead.
The Bears hit the road next week, facing the New York Giants.
>>Titans Throttle Packers
Marcus Mariota threw for 295 yards and four touchdowns and the Titans routed Green Bay 47-25 Sunday.
Five different Titans scored a touchdown in the first half as Tennessee put together its best scoring performance this season with 35 points.
With the win, the Titans (5-5) also matched the five victories over the past two seasons combined. 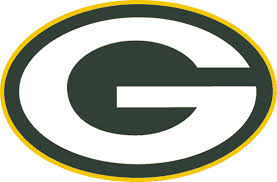 The defense forced the Packers three-and-out after the onside kick. Then DeMarco Murray took the Titans' opening play from scrimmage, running 75 yards for a touchdown. He finished with 123 yards and also threw a TD pass.
Brian Orakpo had two of Tennessee's five sacks, and the Titans also forced three turnovers .
The Packers (4-5) started a three-game road swing by losing their third straight. Green Bay has lost four of five in dropping below .500 for the first time since 2013. They finished by winning the NFC North that season.
Aaron Rodgers threw for 371 yards and two touchdowns, and he also ran for another.
The Packers remain on the road, facing the Washington Redskins.
Read All