Anthony Davis scored a record 52 points and led the Western Conference past the Eastern Conference, 192-182 on Sunday night. He made 26 of 39 shots, scored 20 points in the fourth quarter and became the first player since Kobe Bryant in 2011 to win MVP honors on his home floor. 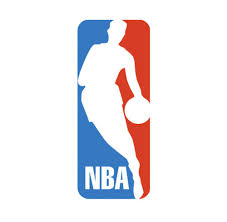 Davis was the star of stars in a game where the teams combined for more points than in any other All-Star contest. It came on a night when Russell Westbrook and Kevin Durant provided a glimpse of the past, Giannis Antetokounmpo had more dunks - 12 - than his name has consonants and LeBron James became the first player to eclipse 300 points in an All-Star career.
Being linked to Wilt Chamberlain, who had 42 points in the 1962 game, only made it more special, Davis said.
He even outdid Westbrook, who had 41 points in just 20 minutes - which ordinarily would have been enough to merit him what would have been a third straight MVP award.
Not this time. It was Davis hoisting the trophy, thanks to his West teammates deferring to their host time and again.
Durant had a triple-double with 21 points, 10 rebounds and 10 assists. Stephen Curry added 21 points for the West.
Antetokounmpo had 30 points for the East. James scored 23 - including a 3-pointer from the midcourt logo - while Cleveland teammate Kyrie Irving added 22 points and 14 assists.
Isaiah Thomas scored 20 for the East. Kyle Lowry scored 19 points and DeMar DeRozan added 16.
Los Angeles will host the All-Star game next year for a record sixth time.
Read All