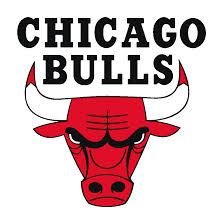 Mark Bartelstein, the agent for Gibson and McDermott, confirmed the deal in an email to The Associated Press on Thursday. He said the Thunder sent Cameron Payne, Joffrey Lauvergne and Anthony Morrow to Chicago. The Bulls also will send a 2018 second-round pick to the Thunder.
Gibson adds the athleticism and experience to the front line that the Thunder lost when they traded Serge Ibaka in last year's draft. McDermott improves the Thunder's shaky outside shooting.
Payne was a promising backup to Westbrook but had missed much of the season with a foot injury. Morrow, primarily a 3-point shooter, lost playing time to rookie Alex Abrines this season.
>>Former Illini Star, Williams, Waived By Mavericks
The Dallas Mavericks did not trade guard Deron Williams before Thursday’s deadline, and they waived the veteran guard shortly afterward. For the Mavericks, this means more opportunities for young guards Yogi Ferrell and Seth Curry. For Williams, this means he will likely have his pick of a few teams.
The Cleveland Cavaliers, Atlanta Hawks and Utah Jazz all expressed interest in Williams via trade, according to The Vertical’s Shams Charania. Presumably, they would be even more interested in adding him as a free agent.
LeBron James would probably throw him a welcome party, given how vocal he has been about wanting the team to add a veteran point guard. Williams can easily run the Cavs’ offense as Kyrie Irving’s backup and even share the floor with him at times. Cleveland has a couple of roster spots available, and it could potentially add both Williams and Andrew Bogut to strengthen its bench.
Williams spent the first five-and-a-half seasons of his NBA career with the Jazz, and they’re arguably as talented now as they ever were then. This is the deepest team in the league, so they don’t exactly need Williams, but he would be nice insurance against an injury in the backcourt and would ensure that 21-year-old guard Dante Exum doesn’t get thrown into an uncomfortable situation in the playoffs.
Atlanta is a playoff team that could use some help in the backcourt. Malcolm Delaney has had his moments as Dennis Schröder’s backup, but has struggled mightily as a shooter outside of a strong stretch in January. Williams could be a steadying influence in Mike Budenholzer’s offensive system, which hasn’t been the same this season without Al Horford and Jeff Teague.
Read All