Each time St. Louis took the lead over the first 2 1/2 periods, Florida came back to tie the score. The Blues then finally put the game away over the last 9 1/2 minutes to get another big win. 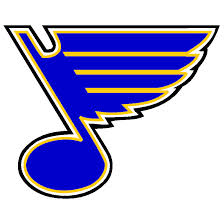 Jaden Schwartz had a goal and two assists to lead surging St. Louis to a 6-3 victory over the Panthers on Thursday night. David Perron, Vladimir Tarasenko and Alex Pietrangelo each had a goal and an assist, and Patrick Berglund and Ryan Reaves also scored as the Blues improved to 13-2-2 in their last 17 games.
Jake Allen had 29 saves for the Blues, who remained one point ahead of Nashville for third place in the Central Division.
Vincent Trochek, Michael Matheson and Denis Malgin scored for the Panthers, who lost their sixth straight. James Reimer stopped 32 shots.
The teams combined for six goals in a wild third period.
Berglund put the Blues ahead for good when he deflected Jordon Schmaltz's shot in with 9:23 remaining for his 23rd goal of the season. Pietrangelo made it 5-3 with 6:11 left as he tipped Schwartz' shot past Reimer for his 14th. It was also Pietrangelo's 300th career point.
Schwartz capped the scoring with his 19th with 59 seconds to go.
Matheson had pulled Florida even at 2-2 just 55 seconds into the third with a wraparound that bounced off Allen's pad.
The Blues are at Carolina on Saturday.
>>Ducks Blank Blackhawks 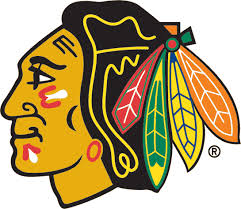 Corey Perry scored a power-play goal, John Gibson made 37 saves in his 12th career shutout and the Anaheim Ducks clinched home-ice advantage in the first round of the playoffs with a 4-0 victory over the Chicago Blackhawks on Thursday night.
Rickard Rakell had a goal and an assist for the Ducks, who moved to the brink of their fifth consecutive Pacific Division title in a meeting of the Western Conference's two division leaders.
Chris Wagner and Ryan Kesler also scored for Anaheim, which has earned points in 13 consecutive games since March 10 (10-0-3).
With the best record in the West already sewed up, the Central Division champion Blackhawks rested captain Jonathan Toews, forwards Marian Hossa and Artem Anisimov and defensemen Duncan Keith, Brent Seabrook and Niklas Hjalmarsson.
Read All