Mark Skonieczny hit a walk-off two-run home run in the bottom of the ninth Sunday to give the Illinois baseball team an 8-6 win over No. 24 Maryland in the deciding game of a three-game series. Skonieczny's second homer of the season came with two outs on a 0-2 count and the teams already seven minutes past Maryland's predetermined travel curfew. 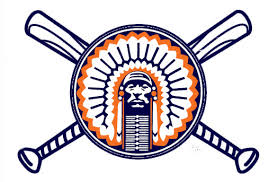 No half inning would have started after the bottom of the ninth due to the curfew. Without Skonieczny's home run off of Maryland reliever Andrew Miller, who entered with a season ERA below 1.00, the game would have ended in a tie.
Illinois (21-24, 7-11 Big Ten) climbed back to within one game of eighth place in the Big Ten standings, the final spot to make the Big Ten Tournament. The Illini are 7-11 in conference play, while Northwestern and Michigan State are tied for eighth at 8-10.
Illini starter Matthew James allowed two earned runs on seven hits through six innings while striking out six and only walking one. He was in line for the win until Maryland's half of the ninth but had to settle for a no-decision.
Maryland left nine runners on base and went 4 for 22 with runners on.
Illinois has won two straight Big Ten series and three of its last four. Illinois is 15-8 since March 31 after a 6-16 start to the season.
The Illini are at Rutgers next weekend for a three-game series, the team's last regular season road trip.
Read All