Stephen Curry scored 30 points and the Warriors completed a second-round sweep of the Utah Jazz with a 121-95 victory Monday night. 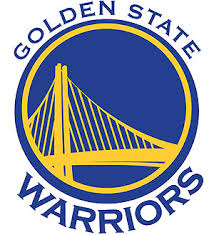 Klay Thompson finished with 21, Kevin Durant scored 18 and Draymond Green posted his third career postseason triple-double with 17 points, 10 rebounds and 11 assists.
Gordon Hayward led the Jazz with 25 points and Shelvin Mack chipped in 18.
The Jazz started 3 for 16 from the field as Golden State hit from all areas and finished shooting 57.1 percent in the first quarter.
The Jazz tried to put off their vacation. They used a 14-0 run early in the second quarter, sparked by the suddenly active Dante Exum and Derrick Favors, to cut the lead to 10 points. Utah closed the half with a 12-2 run to trail 60-52 at halftime, but every time the Jazz made a significant run the rest of the way, the Warriors answered and pushed the lead back to double digits.
The Jazz never led Monday and in three of the four games against the Warriors.
Utah ended a four-year playoff drought. Hayward developed into an All-Star and Rudy Gobert became a Defensive Player of the Year candidate. The addition of veterans George Hill, Joe Johnson and Boris Diaw to the young corps of Hayward, Gobert, Favors, Hood and Joe Ingles turned into the team's first second-round appearance since 2010.
Warriors coach Steve Kerr remains out after having a spinal cord leak procedure at Duke University on Friday. There is no timetable for his return. Kerr had back surgery about two years ago and has been dealing with complications. Brown took over as acting coach for Game 3 of the first-round series against the Portland Trail Blazers.
Read All