The Illinois State baseball team took a one-run lead in the top of the ninth inning but Southern Illinois scored two runs in the bottom to earn a walk-off win and a series sweep Sunday at Itchy Jones Stadium. Southern Illinois won the Missouri Valley Conference thriller by a 10-9 score. 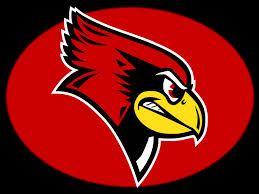 Illinois State (12-37, 1-17) tied the game with an Owen Miller sacrifice fly in the top of the ninth, and then took the lead with a two-out RBI double from Derek Parola.
But Southern Illinois (26-26, 9-9) rallied with two outs in the bottom of the ninth as Ryan Smith singled on an 0-2 count to plate Addi Fuggit and tie the game. Greg Lambert then provided the game-winner, a double down the left-field line on the next pitch from Redbird reliever Jeff Lindgren.
Illinois State was led offensively by Parola and Nick Zouras, who tallied three hits apiece. Parola plated two runs, while Zouras drove in three. Collin Braithwaite and John Rave added two hits each.
Monticello High School graduate, Jacob Williams, threw a third of an inning for the win.
The Redbirds return to Duffy Bass Field for their final home series of the season, against 2017 MVC regular-season champion Missouri State, beginning Thursday.
Read All