Catcher Miguel Montero has been acquired by the Toronto Blue Jays from the Cubs, six days after he 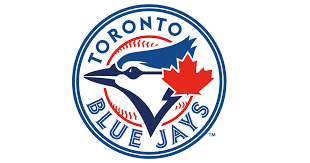 blamed Chicago pitcher Jake Arrieta for allowing seven stolen bases in a 6-1 loss to Washington.
Toronto said Monday it acquired the two-time All-Star and cash for a player to be named or cash.
Montero hit .286 with four homers and eight RBIs in 44 games this season and was designated for assignment Wednesday. He has thrown out one of 31 base stealers this season.
The 33-year-old Venezuelan has a .260 career average with 124 homers and 542 RBIs in 12 seasons with Arizona and the Cubs. His 10th-inning RBI single gave Chicago a two-run lead in Game 7 of last year's World Series, a game the Cubs hung on to win 8-7 for their first title since 1908.
Toronto cleared a roster spot by transferring outfielder Darrell Ceciliani to the 60-day disabled list.
Read All