Franklin Barreto delivered a game-ending homer and an RBI triple to help the Athletics snap a season-high six-game losing streak by beating the Chicago White Sox 7-6 on Tuesday.

Yonder Alonso broke out of his own slump with a pair of homers and Matt Joyce connected for a two-run shot for the A's, whose bats finally woke up.
After Santiago Casilla (2-3) allowed a game-tying single by Melky Cabrera in the ninth for his fourth blown save in 18 chances, things looked bleak for the A's until Barreto stepped to the plate with one out in the bottom half.
Cabrera hit a two-run homer off Oakland starter Daniel Gossett and Jose Abreu added a three-run shot for the White Sox.
After Abreu put the White Sox back ahead 5-4 with his 16th homer in the fifth, Alonso answered with his 19th in the bottom half to make it 6-5, giving him three multihomer games this season and in his career. 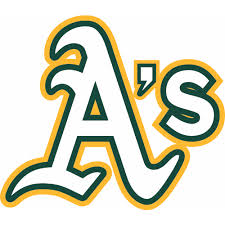 All-Star RF Avisail Garcia returned to the lineup after missing five games with a sore left knee and singled in his first at-bat for his only hit of the day.
The White Sox look for their third straight series win at the Coliseum in the rubber game of the series. Chicago hasn't won three straight series in Oakland since 1996-97. Mike Pelfrey (3-6) gets the start. He has lost all five career starts vs. Oakland with a 7.56 ERA. Sonny Gray (3-3) pitches for the A's.
Read All