Mike Montgomery hit his first career home run and allowed two hits and one run in six innings to lead streaking Chicago to an 8-2 win over the Atlanta Braves on Wednesday.

Javier Baez hit a three-run homer in the eighth for Chicago, which hasn't lost since the All-Star break. The Cubs completed a three-game sweep of the Braves.
The mood might have been spoiled if not for an encouraging report on Kris Bryant, the Cubs' 2016 NL MVP who left the game with a sprained left little finger in the first inning.
Tommy La Stella, who replaced Bryant, also homered and Addison Russell drove in two runs with four hits, including two doubles.
The Cubs came to Atlanta only one-half game ahead of the Braves in the NL wild-card standings. Now they're bearing down on NL Central-leading Milwaukee.
The Braves loaded the bases with three singles off Koji Uehara in the eighth. After Pedro Strop replaced Uehara, Matt Kemp grounded into a double play to end the inning.
Montgomery (2-6) earned his first win since June 20. The only run he allowed came on a sixth-inning leadoff homer by Ender Inciarte . It was Montgomery's best start since throwing six scoreless innings in a 4-0 win over San Diego on June 20.
Tyler Flowers led off the seventh with a homer off Justin Grimm.
Montgomery reached the second level of the right-field seats with his homer off R.A. Dickey (6-6) in the fifth inning.
Following an off day on Thursday, Jake Arrieta (9-7, 4.17) will face St. Louis on Friday in only his seventh home start of 20 overall this season.
>>Mets Down Cardinals
Staked to an early lead on Wednesday, deGrom (11-3) pitched into the seventh inning and won his career-best seventh straight start as the Mets beat the St. Louis Cardinals 7-3.

A night after being shut out by St. Louis' Michael Wacha, New York jumped on Mike Leake (6-8) for seven runs in the first two innings and cruised from there behind deGrom to snap a three-game losing streak.
DeGrom settled down after a 25-pitch first inning, allowing seven hits and striking out three. He was pulled with two outs in the seventh after Luke Voit's double scored Greg Garcia for the Cardinals' first run.
The Mets sent eight batters to the plate in the first inning and strung together three straight run-scoring hits with two outs, capped by Wilmer Flores' RBI single.
The Mets added four more runs off of Leake in the second, only one of them earned. Third baseman Jedd Gyorko's throw sailed into right field when second baseman Kolten Wong and shortstop Paul DeJong convened at the bag on what could have been a double-play grounder by Asdrubal Cabrera. Jay Bruce followed with an RBI single and Yoenis Cespedes doubled to right to make it 5-0. 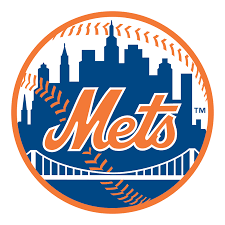 Jose Reyes drove in two more runs with a single to center, and Leake, who came in with the sixth-best ERA in the National League, was pulled after two innings.
In the eighth, St. Louis loaded the bases with two outs and Magneuris Sierra drove in two runs with a single off Jerry Blevins.
Addison Reed struck out Voit to end the threat and retired the Cardinals in the ninth for his 15th save in 17 chances.
Lance Lynn (8-6, 3.40) starts Thursday afternoon in the season series finale against Mets RHP Seth Lugo (4-2, 4.50). Lynn, who has won his last two starts, is 3-3 with a 2.45 ERA in six career starts (eight appearances) against New York, but holds a 0-3 record with a 3.55 ERA in two starts (three appearances) at Citi Field.
>>Dodgers Roll White Sox
The MLB-best Dodgers slugged their way to a 9-1 victory Wednesday night in a rain-shortened game, winning their 11th straight and spoiling the White Sox debut of Yoan Moncada.

Kike Hernandez homered in his first two at-bats, breaking out of a 1-for-23 slump and helping the Dodgers to their 31st victory in 35 games. The game was called in the top of the eighth inning after a 37-minute delay.
Chicago starter Carlos Rodon (1-3) allowed home runs to his first batter, as Chris Taylor led the game off with one, and his last, as Corey Seager's two-run homer in the fourth chased him.
After Taylor's home run, Melky Cabrera answered with a solo shot in the bottom of the first to tie the score. 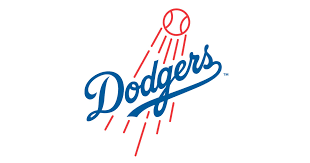 Moncada, a second baseman acquired in December as the main piece in a trade with Boston for ace Chris Sale, batted sixth and was hitless in two at-bats. He drew a walk in his first plate appearance for the White Sox, then grounded out in the fourth inning and flied out in the sixth.
Rodon allowed three walks and struck out four.
Kenta Maeda (8-4) allowed one run and five hits in five innings, striking out three. Reliever Ross Stribling threw two scoreless innings, retiring the final six batters he faced.
Chicago will head to Kansas City for three games starting Friday as RHP James Shields (2-2, 5.10 ERA) faces his former team against RHP Ian Kennedy (3-6, 4.32 ERA).
Read All