>>Rally Cat, Molina Spark Cardinals To Fifth Straight Win
Yadier Molina blasted a grand slam into the left field seats one pitch after a cat ran onto and across the field in the sixth inning, helping the Cardinals rally to beat the Kansas City Royals 8-5.

The win was the third straight for the Cardinals against the Royals and the fifth straight overall. The Royals have lost eight of their last 10 overall.
The Cardinals loaded the bases off Royals relievers Brandon Maurer and Peter Moylan. Molina was at the plate, with two outs, when the cat came onto the field and ran toward the center field wall.
On the next pitch, Molina drilled his 14th homer of the season into the left field seats for his fifth career slam.
Melky Cabrera hit his 15th home run, a two-run shot that had given the Royals a 5-4 lead in the fifth.
Whit Merrifield had four for the Royals, who opened the game with four straight hits off Mike Leake and took a 2-0 lead on an RBI double from Lorenzo Cain and RBI single by Cabrera.
Merrifield made it 3-0 when he scored on Molina's throwing error in the second.
The Cardinals scored twice in the second, on an RBI sacrifice bunt from Leake and an RBI single from Matt Carpenter, and then tied the game on Jedd Gyorko's RBI single in the third.
Jose Martinez gave St. Louis a 4-3 lead in the fourth inning with his ninth homer.
Leake, the Cardinals' starter, allowed five runs on 11 hits in five innings. Royals starter Trevor Cahill lasted just 2 1/3 innings, allowing three runs on four hits and walking five.
Matt Bowman (3-4) earned the win. Maurer (1-5) took the loss.
Trevor Rosenthal closed out the ninth inning for his ninth save.
Jason Hammel (5-9, 4.73 ERA) is 4-6 with a 5.68 ERA in 12 career starts against St. Louis. He's 4-4 with a 4.95 ERA in eight starts at Busch Stadium.
Lance Lynn (10-6, 3.12 ERA) has a 1.21 ERA since July 8, the lowest among MLB pitchers during that span.
>>White Sox Topple AL Leading Astros For Series Win
Tim Anderson homered and drove in three runs, Miguel Gonzalez tossed eight strong innings and the Chicago White Sox beat the Houston Astros 7-1 on Wednesday night, their second straight win over the team with the best record in the AL.

Leury Garcia and Yolmer Sanchez each had two-run singles as Chicago won consecutive games for just the second time since last month's All-Star break.
Gonzalez (6-10) allowed one run on five hits to record the 50th win of his career. He bounced back after getting shelled for seven runs on seven hits in 1 2/3 innings against Boston last Thursday.
Derek Fisher homered leading off the eighth for Houston's only run. George Springer went 1 for 4 in his return from the 10-day disabled list. The Astros have dropped three of four overall and four straight on the road.
Chicago rookie Yoan Moncada went 1 for 2 with two walks and has reached safely in 14 of his last 25 plate appearances.
Houston starter Colin McHugh (0-1) escaped a bases-loaded, no-out jam in the second inning, but Chicago broke through for four runs in the fifth.
Nicky Delmonico led off with a single and Anderson followed with a homer to make it 2-0. The next batter, Omar Narvaez, kept the rally going with a single and one out later Garcia hit a ground-rule double to put runners on second and third. Sanchez then singled to left to score both runners for a 4-0 lead.
The White Sox tacked on three runs in the sixth - highlighted by Anderson's run-scoring double - to knock out McHugh. He allowed seven runs on nine hits in 5 1/3 innings.
Astros righty Brad Peacock (10-1, 3.20 ERA) will be matched against lefty Carlos Rodon (1-4, 4.66) in the series finale on Thursday night. Peacock got the win in his last start against Toronto despite allowing seven runs in six innings. Rodon tied his season high with 11 strikeouts against Boston on Aug. 4.
>>Giants Down Cubs
Madison Bumgarner allowed four hits over seven innings to win for the second time since returning from the disabled list, helping the San Francisco Giants defeat the Cubs 3-1 Wednesday and complete a winning homestand for only the second time this season.

Bumgarner (2-5) struck out seven, walked one and gave up five hits - including a third-inning home run by Albert Almora Jr.
Hunter Strickland pitched a one-hit eighth and Sam Dyson completed the six-hitter with a perfect ninth for his eighth save.
Joe Panik hit an RBI single in the second, Jarrett Parker had a tiebreaking single in the seventh against Brian Duensing (0-1) and Hunter Pence hit an opposite-field homer to right-center in the eighth against Pedro Strop.
Cubs starter Kyle Hendricks gave up one run, five hits and three walks in 4 2/3 innings.
Willson Contreras left in the eighth inning with a hamstring injury sustained running out a ground ball. He is to have an MRI in Arizona on Thursday.
John Lackey (9-9) will start Friday's series opener against Arizona. The 38-year-old is 4-0 with a 3.00 ERA in four starts since the All-Star break.
>>Indians Acquire Jay Bruce From Indians
The Cleveland Indians placed outfielder Michael Brantley on the disabled list due to a sprained ankle. They didn't wait long before finding a suitable replacement. 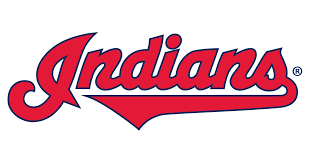 According to the teams, the Indians have acquired New York Mets outfielder Jay Bruce.
Bruce, a free agent at season's end, entered Wednesday hitting .258/.324/.524 with 29 home runs. Bruce figures to take over in left field for the time being,
The New York Yankees were reportedly in the running for Bruce, too -- though they balked at eating what remains on his contract (more than $4 million).
In exchange, the Mets added right-handed reliever Ryder Ryan. A 30th-round pick in 2016, Ryan has spent the season in Class A, accumulating a 4.79 ERA and 2.88 strikeout-to-walk ratio. He did not rank in MLB.com's top 30 prospects for the Indians.
Read All