As heard on WHOW, the Clinton Maroons fell to the Warrensburg Latham Cardinals by a score of 55-7 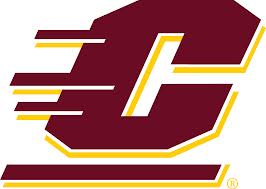 on Friday night. The Maroons were led by senior Bryson Carson with 16 carries for 103 yards and a touchdown. The Country Financial representative Brad James Maroons Player of the Game was Kolby Winter. Winter had four carries for 24 yards and one catch for 35 yards. Ty Berter was 6 of 18 passing for 71 yards.

Clinton falls to 2-6 overall and 1-5 in the Central Illinois Conference. With the win, Warrensburg becomes playoff eligible with 5-3 on the season and 3-3 in conference play.

Tune in next week as Clinton takes on Meridian to end the season. You can hear the game live on the Big 1520 AM/92.3 FM WHOW, online at dewittdailynews.com, and on the WHOW app.