Carlos Correa, Jose Altuve and the Astros kept hammering away in a wild slugfest that no one saw coming, rallying against Clayton Kershaw and rocking the Los Angeles Dodgers 13-12 in 10 thrilling innings Sunday night for a 3-2 lead.
In a tension-filled game of monster momentum swings at pulsating Minute Maid Park, the last one belonged to Alex Bregman . With the packed crowd still standing well past midnight, the 23-year-old third baseman hit an RBI single with two outs off Kenley Jansen. 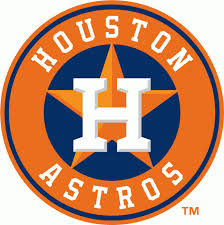 Altuve, Correa, Yuli Gurriel, George Springer and Brian McCann homered for Houston , the highest-scoring team in the majors this season.
Cody Bellinger and Yasiel Puig went deep for the Dodgers, who scored three times in the ninth to make it 12-all.
Puig lined a two-run shot in the ninth, the record 22nd homer in a single Series, and Chris Taylor's two-out single off Chris Devenski tied it.
With two down in the 10th, Jansen hit McCann on the hand with a pitch and Springer walked.
Bregman, who homered off Jansen in Saturday night's loss, lined the next pitch over shortstop to score pinch-runner Derek Fisher, who slid home ahead of the throw from left fielder Andre Ethier.
Out of nowhere, the Astros climbed out of a four-run hole against Kershaw and then erased two more deficits later in the game, tying it each time on a homer.
Correa leaped and twirled after launching a two-run drive that made it 11-8 in the seventh.
Much later, he hurdled the dugout railing the moment Bregman lined his winning single.
Bellinger hit a three-run drive in the fifth that made it 7-4 and seemed to swing things back in the Dodgers' favor. By the end of the mayhem on the mound, it was a mere afterthought.
Each team had 14 hits, eight for extra bases, and both used seven pitchers.
Kershaw has allowed a postseason-record eight home runs this year.
Game 6 will be Tuesday night at Dodger Stadium, where Justin Verlander will try to clinch the Astros' first championship and Rich Hill hopes to save Los Angeles' season.
Read All