>>Celtics Pound Bulls
Jaylen Brown scored 21 points, and the Boston Celtics pounded the Chicago Bulls 105-89 on Monday night even though Kyrie Irving sat out because of a sore left knee.
Even without their All-Star guard, the Celtics took control right from the start and led by as many as 37 en route to their fifth win in six games.
Jayson Tatum added 14 points, while Al Horford and Terry Rozier scored 13 apiece for Boston.
The Bulls lost for the 14th time in 17 games. Denzel Valentine scored 20 points and nailed four 3-pointers for Chicago, but that was about the only positive for the Bulls.
It didn't matter that the Celtics held out Irving. He was still sore after aggravating his knee in Saturday's loss at Houston, but his absence didn't stop Boston from burying the Bulls right from the start.
They had no trouble driving to the rim against a weak defense and dominated in the paint 46-26.
This one got out of hand almost as soon as the opening tip went up.
After losing to the NBA-leading Rockets on Saturday by three points, Boston led 55-29 at halftime. Brown had 10 points as the Celtics raced out to a 26-5 lead. He nailed a 3 and threw down a one-handed jam before Horford's steal and dunk made it a 21-point game with 4:21 left in the first quarter.
The Bulls host Memphis on Wednesday.
>>Pacers Hold Off Bucks
Bojan Bogdanovic tied his career high with 29 points and grabbed a key jump ball late to lead the Indiana Pacers over the Milwaukee Bucks 92-89 on Monday night.
Bogdanovic made 9 of 13 from the floor and 5 of 7 from beyond the arc. 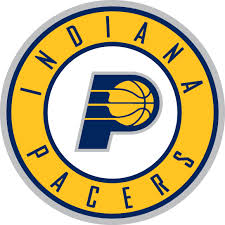 After Bogdanovic's free throws, Milwaukee had a chance to tie it, but Giannis Antetokounmpo's 3-pointer from the wing hit the front of the rim as time expired.
Thaddeus Young finished with 10 and seven rebounds, and Victor Oladipo had 14 points, five assists, five rebounds and 10 turnovers.
Despite Bogdanovic's hot hand, the Pacers and Bucks got off to a slow, sloppy start. Indiana led 20-17 at the end of the first quarter. Both teams were playing on the second night of a back-to-back.
Milwaukee took a 46-44 lead into halftime, and then both teams came alive in the second half. The Pacers opened up the third with a 19-5 run that gave them a 65-50 lead. The 15-point edge was Indiana's largest of the game.
The Bucks put together a 19-5 scoring run to pull within four points at the end of the third quarter, setting up a back-and-forth ending.
Antetokounmpo finished with 18 points and 12 rebounds. Eric Bledsoe led the Bucks with 26 points.
Indiana will host Utah on Wednesday night.
Read All