The Big Ten announced Monday that commissioner Jim Delany, 70, will retire from his position on June 30, 2020. That's nearly 30 years after initially taking over the conference and becoming one of the most powerful men in sports.

Delany said in a release Monday quote - "It's been an amazing opportunity to serve and lead these preeminent institutions, presidents, administrators, coaches and students". - END QUOTE

Delany began his tenure as the Big Ten's commissioner back in 1989, and plenty has changed in the conference and outside of it during his tenure. When Delany took over the job, the conference was still at 10 schools just like its name implies. Delany was instrumental in bringing Penn State into the fold in 1990 (football joined the conference in 1993). That addition was a complete surprise to some as Delany worked behind the scenes in 1990 to land the Eastern independent power. The expansion came during a time when college football was remaking itself.

Delany insists his health is still good indicating not sure what his future holds but he plans to pursue other endeavors.

The latest AP Top 25 Poll of the regular season has the Gonzaga Bulldogs No. 1 yet again. Mark Few's team completed its sweep of the WCC on Saturday, beating Saint Mary's and wrapping a 16-0 conference run. 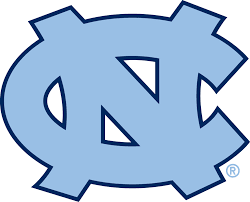 In the latest rankings, Virginia stays firm at No. 2, while North Carolina takes a jump over rival Duke. Tennessee rounds out the top five in light of its home win Saturday against Kentucky.

Virginia Tech is the biggest riser in this week's poll: The Hokies snake up six spots to No. 15 after beating Duke last Tuesday. The 22-6 Hokies play at No. 14 Florida State on Tuesday night.

Slippage was inevitable for teams with tough losses: Marquette drops six spots, to No. 16, after losing at home to unranked Creighton Sunday. Maryland's 0-2 week (losses at Penn State and at home vs. Michigan) dropped the Terps from 17th to 24th. Houston fell to UCF, dinging the Cougars from No. 8 to No. 12.