With the first college football weekend of November in the books, the critical stretch of the season begins. Key conference games will shape divisions along with the playoff field. 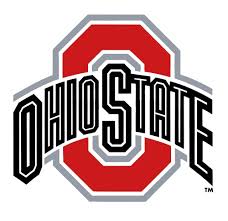 Following Week 10, we've already seen examples of that with Texas A&M losing at Mississippi State and Washington taking care of business against Cal. The Aggies fell out of the Coaches Poll top 10 while Ohio State cracked the top five after throttling Nebraska.
Outside of that, the top four didn't change much outside of Clemson and Michigan swapping spots at No. 2 and No. 3. Penn State had the biggest leap Sunday, jumping up nine spots to No. 14 after beating Iowa. Baylor fell 12 spots -- but not out of the top 25 -- after losing to TCU.
The Associated Press Top 25 may not affect the College Football Playoff race, but it might preview an interesting top 25 by the selection committee this week.
Auburn and Oklahoma, two teams previously outside the AP top 10, came in at No. 8 and No. 9 this week. If the selection committee mirrors these sentiments, the playoff race could get a lot tighter with just weeks remaining in the season.
Still, Alabama is an overwhelming No. 1 with Michigan sitting at No. 2 and holding the only other first-place vote.
The biggest leap belongs to Penn State, which jumped from No. 20 to No. 12 -- more closely resembling the first playoff rankings. Baylor fell 12 spots from No. 13 to No. 25 after getting housed by TCU, but remained ranked all the same. Nebraska also fell from No. 9 to No. 21 after losing to Ohio State.
Read All