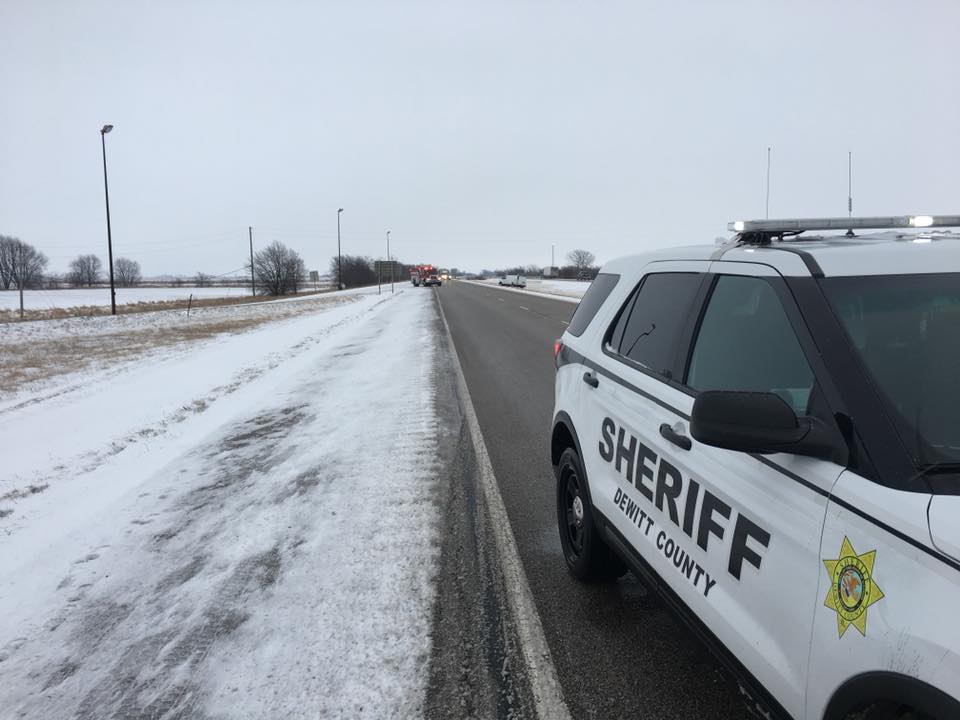 A Winter Weather Advisory is in effect until 3 pm this afternoon. A Wind Chill Advisory goes into effect at 6 pm Monday evening and remains in effect until Tuesday at noon. Temperatures are expected to drop all through the night and into the morning and could see wind chills as low as 18-below zero overnight and wind chills between 10-15 below zero during the morning commute.
DeWitt County seniors are invited out this week to be a part of a seminar about online security.
Connie Unruh with DeWitt County Triad is leading the seminar that will focus on keeping your identity and important information safe and secure online.
That is Executive Director of the Friendship Center, Sissy Leggett.
The seminar is this Wednesday. Get more information by contacting the DeWitt County Friendship Center at 217-935-9411.
2018 is going to be a critical year in the development of the CEO that has nearly a dozen central Illinois districts participating.
Warrensburg-Latham Schools are among the districts that are working to get the program off the ground and started. It will likely be a 2019-2020 start but there's a lot of work to be done leading up to that and W-L Superintendent, Dr. Kristen Kendrick-Weikle indicates the program is too good of an opportunity to pass up.
2018 will be crucial for these schools as they are going to need to get a good amount of the support rallied together. Dr. Kendrick-Weikle explains there's a lot of moving parts to the development of the program.
Dr. Kendrick-Weikle indicates the schools have raised about half the money they need and they hope to have the fundraising wrapped up by May. The next step will be to put together board of directors, who will essentially take over the functions of the program from there.
The farm bill and infrastructure are two key things Congressman Rodney Davis believes President Trump will focus on in 2018.
With the tax bill overhaul in place, the Taylorville Republican believes the President will shift his focus to the American infrastructure in 2018.
As for Congressman Davis, he would like to see the House budget appropriations passed but those currently are held up in Congress.
Congressman Davis is also focused on getting a farm bill passed this year and feels it will at some point this year.
GOVERNOR BRUCE RAUNER IS MEETING WITH SMALL BUSINESS OWNERS AROUND THE STATE ABOUT THEIR CONCERNS AND SUGGESTIONS.
GOVERNOR RAUNER SAYS SMALL BUSINESSES ARE THE BACKBONE OF THE ILLINOIS ECONOMY AND THE STATE NEEDS TO HELP THEM THRIVE. HE HEARD FAMILIAR COMPLAINTS FROM OWNERS IN ROCKFORD.
HE ALSO SAID THE STATE NEEDS TO HELP PROP UP THE MANUFACTURING INDUSTRY.
RAUNER SAYS SMALL BUSINESS OWNERS ALSO EXPRESSED CONCERNS ABOUT WORKER’S COMPENSATION ABUSE AND FRAUD AND HIGH PROPERTY TAXES IN ILLINOIS.
Congressman Darin LaHood has been tabbed to serve on the House Ways & Means Committee.
The Peoria area Republican received the appointment, replacing Ohio's Pat Tiberi. LaHood looks forward to the post on chief tax writing committee in the House.
LaHood believes the new committee assignment will give a boost to the 18th Congressional District.
The Committee has jurisdiction over all taxation, trade and tariffs, and other revenue-raising measures. The appointment will be confirmed by the full House Republican Conference in the coming days.
Governor Bruce Rauner is responding to claims President Trump used a (toilet like) expletive to describe Haiti and African nations during a bipartisan meeting.
Rauner was visiting Rockford to speak with small business leaders.

A bomb threat was found at Clinton High School Saturday during a day of competition but authorities deemed the threat non-credible and activities went on undisturbed.

Via the high school’s Twitter feed, a threat was detected during a day of dance competitions. Authorities and school officials gathered and decided the threat was not credible, though the building was searched to ensure the safety of all students, coaches and attendees. Activities went on without stoppage and the buildings were not evacuated.

The Clinton M-Squad took first out of 18 teams. They are headed to Sectionals at Mescoutah. 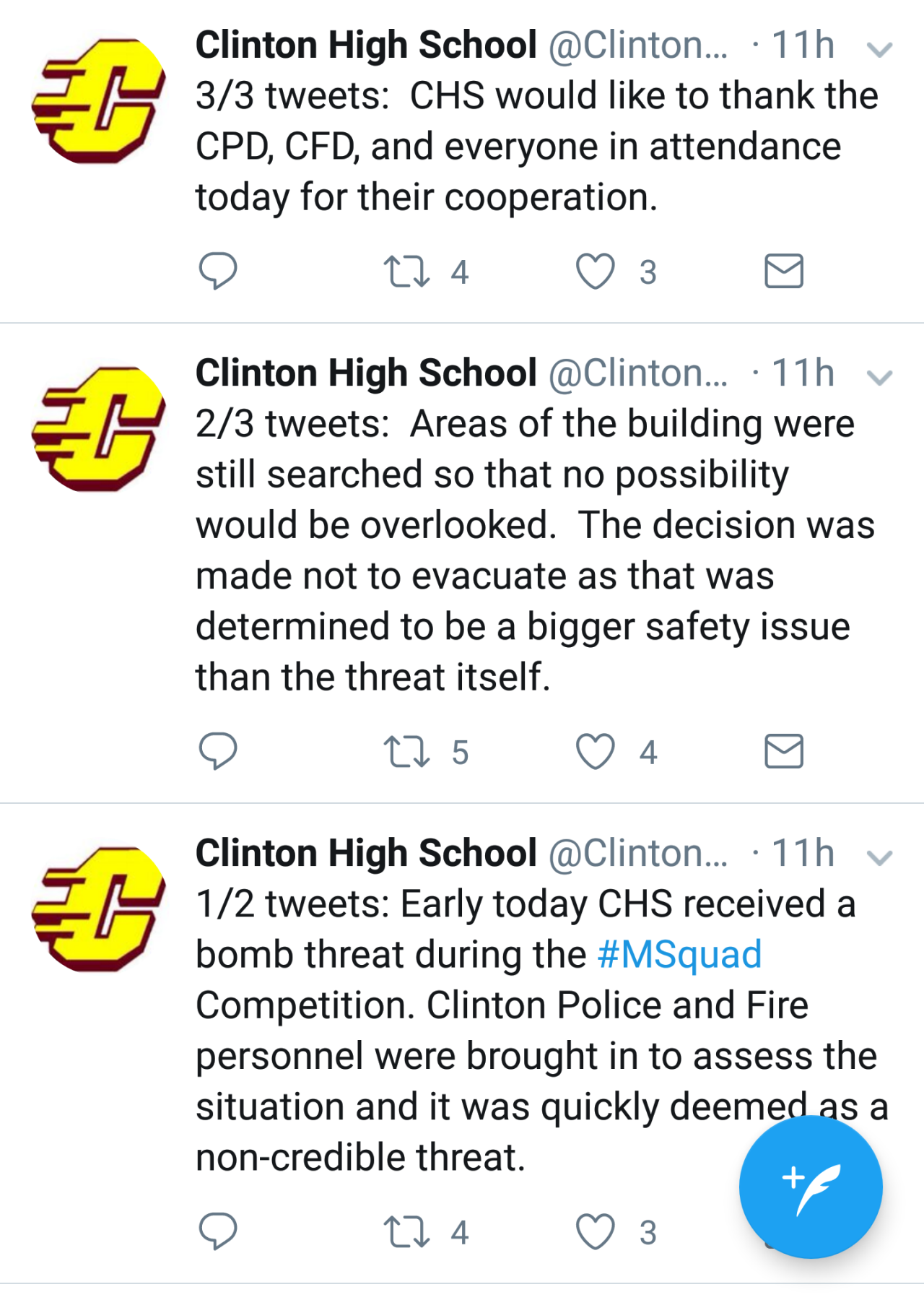